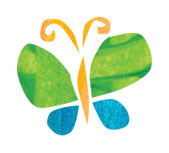 Symptoms of ADHD were first recognized over 100 years ago. In 1902, the medical field began documenting children exhibiting symptoms of inattentiveness, impulsivity, and hyperactivity. Since then the disorder has been given numerous labels which include: minimal brain dysfunction, hyperkinetic reaction of childhood and attention-deficit disorder with or without hyperactivity.

With the most recent version of the Diagnostic and Statistical Manual (DSM-IV),  the disorder was renamed attention-deficit / hyperactivity disorder or ADHD. With the most recent name change, there has been added emphasis given to the “inattention” characteristics of the disorder as well as other characteristics such as hyperactivity. While some individuals, including many professionals and the media, still refer to the condition as “ADD” (attention deficit disorder), this term is no longer in widespread use. For those who may have been diagnosed with ADD, the corresponding diagnostic category, using current terminology, would most likely be “ADHD, Predominantly Inattentive Type.”

Attention-deficit/hyperactivity disorder (ADHD) is a neurobiological disorder that is characterized by inappropriate levels of inattention, impulsivity, and hyperactivity. Between 3% and 7% of school-aged children are affected by ADHD. ADHD is a lifespan condition that affects children, adolescents, and adults of all ages. It affects both males and females, and people of all races and cultural backgrounds.

The Diagnostic and Statistical Manual of Mental Disorders-IV (DSM-IV), published by the American Psychiatric Association, describes three subtypes of ADHD; ADHD predominantly inattentive type, ADHD predominantly hyperactive-impulsive type and ADHD combined type. A diagnosis of one type or another depends on the specific symptoms (i.e. the “diagnostic criteria”) that person exhibits. For a diagnosis of ADHD, six or more of the symptoms listed below must have persisted for at least six months to a degree that is maladaptive and inconsistent with developmental level.

Additional criteria that must be met in order to make a diagnosis of ADHD include:

It is important to note that the presence of significant impairment in two or more major life settings is central to a diagnosis of ADHD. Examples of significant impairment include: losing a job because of ADHD symptoms, difficulty maintaining relationships with family members or friends, getting into financial trouble due to impulsive spending or getting academic probation in school due to failing grades.

Although elementary school aged children with ADHD have problems with inattention and impulsivity, the challenges facing teens with ADHD can be more complex. During these years, academic and organizational demands increase. In addition, these teens also face all of the typical adolescent issues such as developing and discovering their identity, wanting more independence, dealing with peer pressure, exposure to illegal drugs and alcohol, emerging sexuality, and learning how to drive.

Symptoms of ADHD are not related to gender, level of intelligence or cultural environment. In fact, ADHD heredity and genetics make the largest contribution to the occurrence of ADHD.

Furthermore, several genes associated with the disorder have been identified to date. In cases where heredity does not seem to be a factor, factors such as difficulties during pregnancy, prenatal exposure to alcohol and tobacco smoke, significantly low birth weight, excessively high body lead levels, and post-natal injury to the prefrontal areas of the brain have been found to contribute to the risk for ADHD.

Current research does not support the idea that ADHD is caused by excessive sugar intake, food additives, excessive viewing of television, or poor parenting skills.